Welcome To The Bowling Club 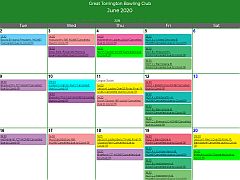 All events can be viewed here… 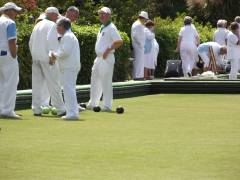 Video tutorials can be viewed here… 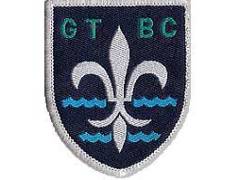 We are an active friendly club and look forward to visitors. Our Club and Green are situated in rural North Devon, a short distance from the centre of Great Torrington, with panoramic views overlooking the Torridge valley below.

Great Torrington Bowling Club was founded in 1645 during the English Civil War and is believed to be the third oldest club in England. The green is sited on Castle Hill in the old castle grounds and the castellated wall surrounding it was constructed by Lord Rolle in about 1846 for the town. The club changing room used to be in the gazebo in the corner of the ground then a wooden club house was erected by the members later to be replaced with a permanent brick built building. There was an extension built by a club member who was a local builder to accommodate a bar and is aptly named Crocker Bar after him. During the winter season of 2004/05 two further extensions were built on to the existing building to accommodate proper changing rooms and toilets for both the ladies and gents. The original ladies toilet was converted for disabled use and the gents was turned into a store room. During the winter some of the members wished to play Short Mat so formed a club called Great Torrington Short Mat Bowling Club but although most of the members were members of the main club the two clubs were run separately until September 2013 when they amalgamated and are now run as one club under one committee.

From mid April until the end of September the club plays the outdoor game of Lawn Bowls belonging to Bowls Devon Section One and play friendly matches against other clubs from Devon and North Cornwall as well as a number of other clubs from afar on tour in North Devon. The club also participates in the Devon County Trophy, the Foxlands, Top Club, North Devon triple league and North Devon over sixties league for the men and Ladies North Devon Triple League and the 86 Shield competitions for the ladies. The main club welcome prospective members and introduce them to the sport of bowls but the green is normally in use most afternoons and evenings by the club members and all visitors are always made welcome. The club has a club night for new and established members to play on every Monday at 6.30pm from the second Monday in May

From the first of October until the end of March we move indoors and play Short Mat Bowls on two mats. At present we have three teams entered in the North Devon and North Cornwall evening triples league and three teams in the afternoon triples league. The club is open for players to have practice roll-ups any time during the day with the main sessions in the afternoon starting at 2pm and the evening sessions starting at 7.30pm. The club welcome days are on a Monday either in the afternoon or in the evening and club members will be on hand to make visitors welcome and give assistance to play.

From an excerpt by Edwin Chadwick

The Health of the Nation The old English game of bowls ought to be revived in every village in the Kingdom, as it ‘brings every muscle into play’, and does not suddenly exhaust by single and violent paroxysms of effort.